It’s Capricorn Season! That’s code for: time to get your sh*t together! If Sagittarius szn was about exploring uncharted territory, broadening your horizons, and expanding what you thought was possible, Capricorn season is the time to filter that newfound knowledge into decisive action.

This cardinal sign is ruled by the Sea Goat, a mystical creature with the upper body of a goat and the tail of a fish. Goats can summit any mountain with stamina and poise, while fish swim smoothly through water. Caps have a cool – if cold and distant – exterior, much like those mountain peaks and ocean waters. Always put together and seemingly effortless as they climb up the social and professional ladders, Capricorns leave the rest of us wondering, “how do they do it?”

Along with Taurus and Virgo, Capricorn is an Earth sign, i.e. practical, grounded, and reliable. This sign is ruled by Saturn, the planet of structure, limits, dominance, and power. Saturn’s planetary influence further enforces how Capricorns are pragmatic and responsible, but may also be cold, distant, and unforgiving. Indeed, they do not tolerate low-functioning people, lazy whiners, or needy b*tches. During this time, we can all step up our game while also not being afraid to demand more from others.

With a business-like, money-driven, and status-focused approach to life, Capricorns work hard, and always treat themselves with flashy presents and vacations they paid for themselves. They’re notorious for being proud and showy when displaying wealth and status- but only if they’ve truly worked for it. Capricorns want the recognition they deserve, but are far too dignified to take credit for what was handed to them or what wasn’t theirs. We can all follow suit by embracing a healthy dose of confidence and materialism, as long as we earned whatever we’re bragging about.

Though they are often described as serious and status-obsessed, Capricorns are often highly social and very fun to be around. If they’re going out on the town, they’re either networking up a storm, or the life of the party. They wouldn’t waste their time on the in between. Similarly, when it comes to close friendships, Capricorns don’t let a lot of people in too deeply since, frankly, it’s not a good use of their time. With that said, they are incredibly loyal and grounded to those they do let in. Take note: they are also very well connected (in the name of status and reputation… 😉 ) Capricorns are some of the funniest people you will ever meet, with a sense of humor that’s dry, blunt, and always honest. They tell it like it is! With that said, they may come across as aggressive and even offensive. Further, Capricorns are prone to using their blunt energy as a defense mechanism to detach from feelings they don’t want to deal with. Indeed, we might all feel stronger and less emotional than usual (or at least more capable of emotionally detaching if we want to). Certain things that normally bother us might roll off easier now. We may also feel more attuned to ourselves in the context of reality, rather than perceiving our world through the lens of petty drama or philosophical contemplation.

This is not the time to wander off into dreamland. (Rest assured to the true Capricorns: the cliche holiday movie marathons will be over before you know it.) It’s time to see the world for the way it is. Don’t push all your feelings away, but do take advantage of this momentum to move on from anything that gets you spinning in your head. Commit to harnessing the passions you explored in Sagittarius season by bringing them out of the enchanting philosophical realm, and into reality.
Although most Capricorns think New Year’s resolutions are dumb and sappy, do set meaningful goals for 2020 and stick to them. Take control of your life, and don’t make excuses. Similarly, take stock of everything you’ve accomplished this past year, and let that motivate you to find more joy and work even harder in the new year. Indeed, despite their boundless ambition and drive to be the best, Capricorns always play it fair. Reflect on the importance of hard work and integrity, and consider how you can bring these values into the new decade. Snag your holiday bonus, treat yourself, and, as a true Capricorn would say: get the f*ck back to work! 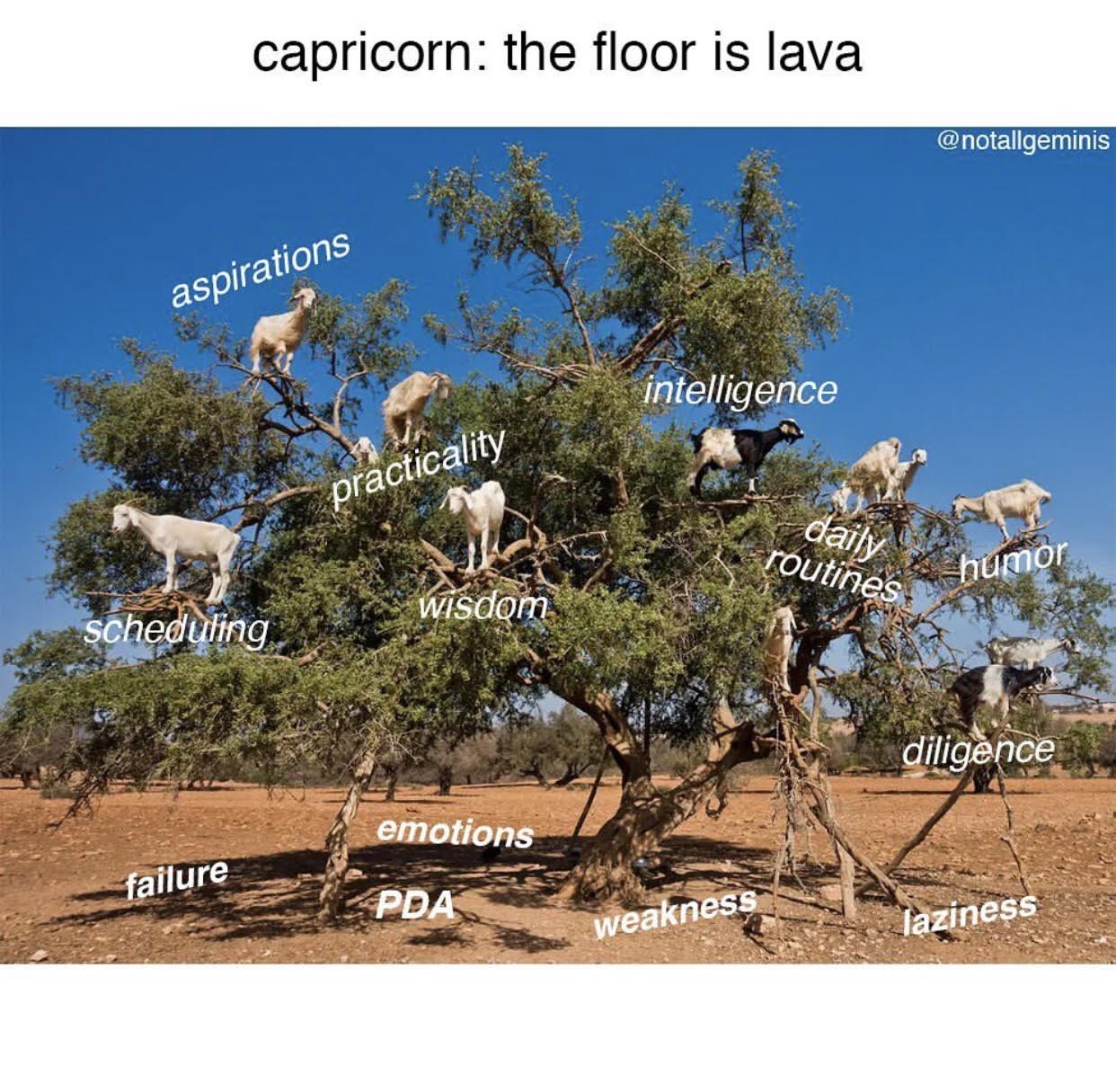