MANGA MONDAYS | The Next Miyazaki?

For those that missed the news, Makoto Shinkai’s newest movie, “Your Name.” (Kimi no Na wa.) recently released in Japan. And it’s a huge hit. In fact, according to Anime News Network (ANN), “Your Name.” is probably going to be first non-Miyazaki anime movie to earn over 10 billion yen. Moreover, ANN also reports that the movie is being liscenced for release in 85 countries and regions. In short, Shinkai’s new film is poised for some unprecedented international success. 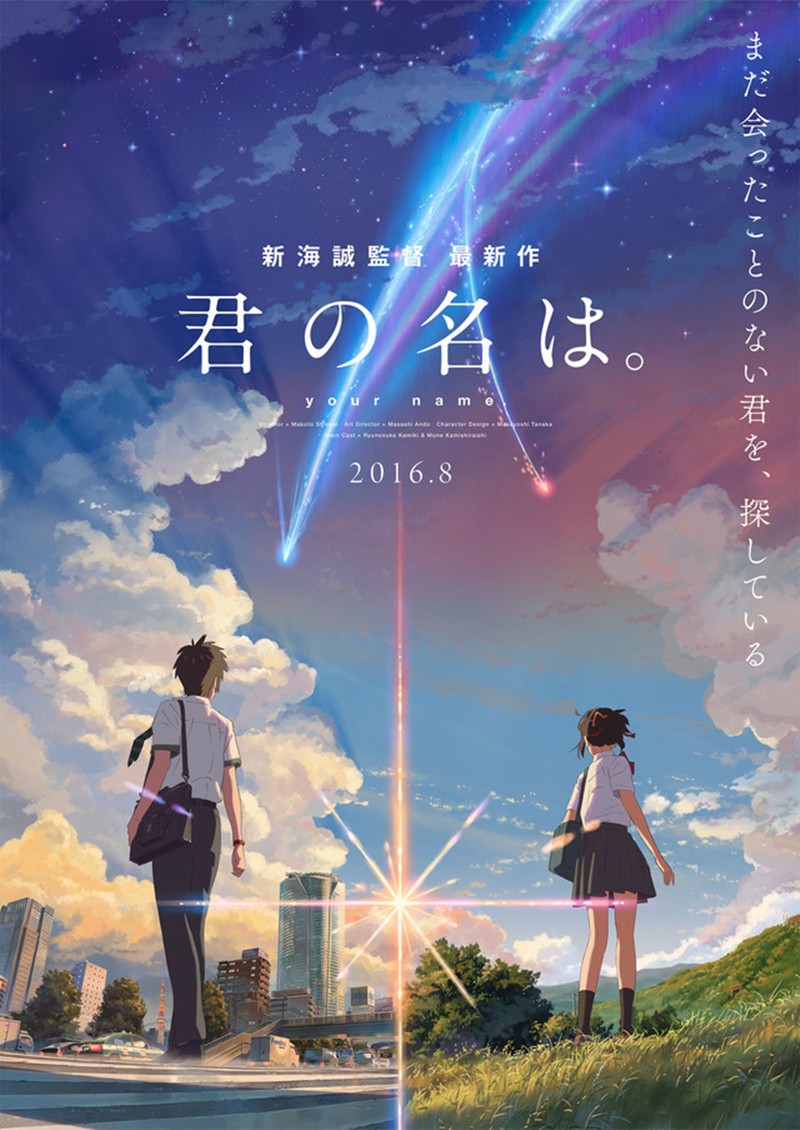 This level of success has got fans wondering: is Makoto Shinkai going to be the next Miyazaki? Miyazaki can only cancel his retirement so many times (though he’s already up to 6 retirements). As the legendary director moves out of the industry, the community is inevitably looking for a new legend to take his place. This search for a replacement shows quite tangibly in the way that ANN’s articles (and fans online) are constantly comparing Shinkai’s work to Miyazaki’s.

In my opinion, Makoto Shinkai is not going to be Miyazaki 2.0. Makoto Shinkai is coming into his own as a director that will sit beside the likes of Hayao Miyazaki and Satoshi Kon. And frankly, after watching “Your Name.” in theaters in Japan, I’m excited to see just what kind of name he makes for himself. Miyazaki addressed the conflict between nature and technology in films like “Princess Mononoke.” Kon toed the line between dreams and reality in “Paprika.” And now Shinkai is (true to form) approaching the theme of distance between lovers.

Shinkai’s signature theme is actually a big part of why I think he’s going to start seeing more and more success in the next few years. In particular, his most recent treatment of the subject focuses heavily on the tension between the city and countryside (the movie’s poster literally has a streak of light dividing the two environs). Having lived in both urban and rural Japan, I can speak personally to the nostalgiac power that images of slow-paced, rural life have here (In fact, I’ve already spoken about it).

Of course, there are some obstacles to Shinkai’s global success at this point. As much as I hate to say it, the biggest problem is Funimation. “Your Name.” is lisenced by Funimation in the US. Now I love Funimation dearly, but they simply don’t have Disney’s unstoppable marketing power, which was no small factor in Miyazaki’s success outside of Japan. On the other hand, this could be a for Funimation to legitimize attempting a full theatrical release in the States (as opposed to their previous limited releases to select theaters). It’s also worth noting that Shinkai isn’t alone on the anime film stage. Mamoru Hosoda is also still active, but his recent film, “The Boy and the Beast” didn’t make waves like “Your Name.” And with good reason. Despite an interesting concept and art style, it incorporated some horrendous CG, and ended very weakly. The upshot is that Hosoda is going to need another masterpiece like Wolf Children if he wants to approach the level of domestic and international success that Shinkai is poised to attain.

What do you think? Is Shinkai really headed for international success? Is he following in Miyazaki’s footsteps or blazing his own trail?
Oh, and by the way, the soundtrack for “Your Name.” is really, really good.