MEDIA STOMP | Image Comics and the Ideal of Creator Ownership

Marvel and DC books operate on the idea of a “shared universe” in which one title’s storyline can be affected (disrupted, some may argue) by that of another. The disappearance of several key characters in an issue of Uncanny X-men could be explained by their appearance in Guardians of the Galaxy, for example.

While it’s an exciting prospect for readers who have been immersed in the shared universe for a while, I’ve found that it’s frustrating for those who might be picking it up for the first time, especially if they want to stick to a few titles.

It’s that sort of stuff that might sour a first-time reader on comics as a whole. Superheroes are great, don’t get me wrong, but I mentioned in my first post that comics as a medium have this great potential for subject matter that goes beyond the bounds of costumes and powers, and there are publishers out there who cater to that potential.

Today I wanted to introduce my dear readers out there to one of these publishers who put out a staggering wealth of material that pushes the boundaries of the comic story, form and setting: Image Comics. 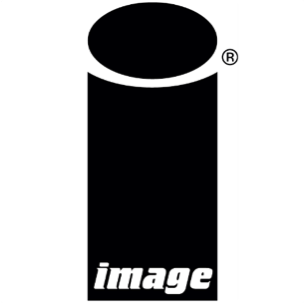 Image Comics was founded by eight Marvel illustrators who were dissatisfied with Marvel’s work-for-hire practices (more on that in a bit). The publishing company was formed with two central tenets (taken from Wikipedia) in governing its relationship with its creators:

Thus Image started publishing the work of six creator-owned studios, publishing titles such as Spawn and Witchblade, receiving a portion of the revenue gained from sales and involving itself in its creators’ projects only in an editorial, marketing and sales aspect.

What started as a loose confederation of creative teams united under one banner has now grown into a massive platform for creative work from a dizzying array of artists and writers, and is now the third largest comic publisher by market share.

Out of all the publishers in the industry, Image has put out some of the most exciting stuff in recent memory. Beyond popular titles like The Walking Dead, Image has published Saga, Southern Bastards, The Wicked + The Divine and one of my recent favorites (and what can be best described as “Bridesmaids meets Dungeons and Dragons”), Rat Queens, along with tons of other amazing titles (which you should check out, hint hint.)

Due to Image’s non-interference policies, creators or creative teams are able to approach the publisher with a story and have that story put out in the wild without fear of losing creative control. This allows an immense amount of leeway in terms of content and is why Image has been so successful publishing such unconventional material. It was actually this very notion of creative ownership that drove Image’s establishment.

Creative ownership has been an issue that has plagued the industry since its early days. Artists, including the wildly influential Jack Kirby, have had contentious relationships with publishers due to an inability to maintain control over and receive royalties from use of certain characters, such as the Fantastic Four in Kirby’s case.

This means that a creative team gets compensation for their “run” on a character/team/storyline, but does not get royalties for use of characters beyond their involvement. This gets dicey when a writer creates an original character to be used in a Marvel or DC storyline. Upon that character’s conception, the publisher assumes immediate ownership. This is part of the reason why Marvel and DC tend to be somewhat slow in coming up with new characters.

Thanks to Image and other indie publishers, this issue does not come up quite as often as it did in the past. Oftentimes you see creators get exposure and improve their craft by working for DC or Marvel and then publishing their own work through houses like Image.

The advent of the success of such independent publishing houses means there is an effective alternative to Marvel’s and DC’s sprawling works, and provides great and accessible points of entry for newcomers to the industry.